60
Melodrama World Tour was Lorde’s second world tour. The tour was based around her sophomore album, Melodrama.

Lorde embarked on this world tour in September, with tickets and tour dates here Khalid is the opener for the European shows, while the North American leg will be supported by Run the Jewels, Tove Styrke and Mitski.[1]

In December, Lorde announced extra tour dates for Saint Petersburg, Russia, Moscow, Russia and Tel Aviv, Israel. After this, she received backlash from fans for having a concert in Israel. Because of this, she cancelled the show.[2] Even though many of her fans were the ones who pressured her to cancel the show, many of her fans also criticized her for cancelling it. 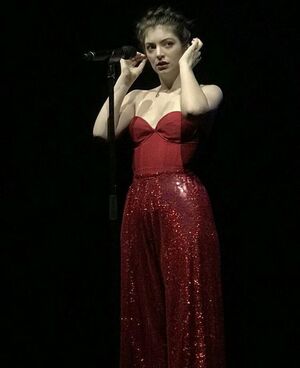 US sitcom star Roseanne Barr attacked Lorde on twitter saying - "Boycott this bigot: Lorde caves to BDS pressure, cancels Israel concert."[3] Fans also criticized Lorde for "hypocrisy", as she will be playing Russia twice. Soon after, ambassador Yitzhak Gerberg invited Lorde to a "friendly meeting" to discuss the issue. He wrote on Facebook:

"I the Ambassador of @IsraelinNZ invite LordeMusic to meet in person to discuss #israel and its role as the only #democracy in the Middle East. By succumbing to the hateful agenda of the few who support #BDS you encourage animosity in the region. Music should unite not divide. Reactions driven by hatred lead to continued #conflict. But solutions come from engagement and lead to compromise, co-operation, and #peace."

She has not yet publicly responded to his invite.[4] 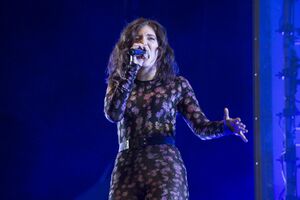 This set list is representative of the show on October 1, 2017 in Birmingham. It does not represent all dates throughout the tour.

Note: "Homemade Dynamite" was not performed the first four dates of the tour.

In September, Lorde revealed live on Instagram that on the tour there would be "new costumes, new content, new songs, some old songs we haven’t played in literally years.”. [5]

In February, she said that she "May or may not" bring back an unreleased song she recorded for Melodrama, which she commented on as one of her favorites.

Community content is available under CC-BY-SA unless otherwise noted.